How 24/7 Prayer is Transforming New Mexico 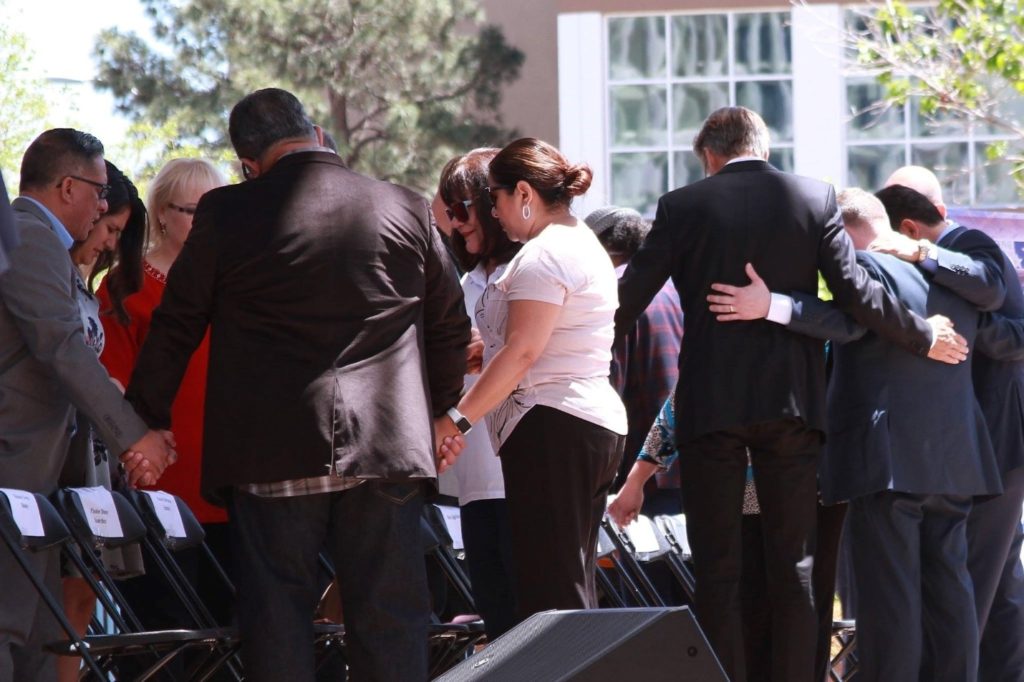 I was a 17-year-old student in Bible College when I read a story that would forever change my life. It was the account of the Moravian prayer movement that began in Herrnhut, Germany in 1727. That year, a few believers covenanted to start a 24/7 prayer chain with at least two people praying every hour. Little did they know that their prayer watch would last over 100 years. By 1791, the Moravians had prayed non-stop for 65 years and sent over 300 missionaries around the world.

Ever since I read the Moravian story for that very first time, I’ve had a burning passion to see every church become a house of prayer and every nation of the world covered in 24/7 prayer. Fast forward to January 1, 2017—a few pastor friends and I launched New Mexico Prays, a movement covering our state in 24/7 prayer.  Today, there are 97 churches in 27 cities across New Mexico that have adopted a monthly day of prayer. They cover 12 or 24 hours in prayer with people praying in 30-60-minute segments.

Adopting a monthly day of prayer is not the end game, but it is a simple way for churches to make prayer part of their monthly rhythm and develop a culture of prayer. “God has used New Mexico Prays to not only bring the body of Christ together throughout our state in focused prayer, but also our congregation at New Beginnings Church,” said Richard Mansfield, the Senior Pastor of New Beginnings Church in Albuquerque.

Unceasing prayer is happening in homes, places of work, college dorms, coffee shops, parks, and churches. Through united prayer, we are witnessing Jesus transform our economy and confront the abortion crisis. The hungry are being fed and the poor are being served. We took Jeremiah 29:7 to heart and began praying for the peace and prosperity of our state: “Also, seek the peace and prosperity of the city to which I have carried you into exile. Pray to the LORD for it, because if it prospers, you too will prosper.” God made it clear that prayer plays a vital role in the safety and prosperity of your community.

New Mexico was ranked 50th in the family prosperity index, 49th in economy, and has the 2nd highest poverty rate in the nation. But when God’s people pray, God hears from heaven and things begin to change. A state that was facing an expected $200 million deficit now has a $1.2 billion surplus. According to a Bloomberg news report, since the beginning of 2017, New Mexico is #1 in job increases and wage increases. To be clear, new economic policies, a thriving oil and gas industry, and the hard work of many have made this possible. However, it is too drastic of a turnaround to be explained by natural solutions alone.

Another area where we have seen answers to prayer in New Mexico is on the abortion issue. Albuquerque, the largest city in our state, has been known as the ‘late-term abortion capital of America.’ Since churches began praying 24/7 for an end to late-term abortion in New Mexico, three abortion clinics have closed. Furthermore, for over two decades, the University of New Mexico Health and Sciences Department conducted research on aborted baby parts. In a remarkable turn of events, UNM has now ended the controversial program.

Church unity is one of our main prayer focuses, in accordance with Jesus’ prayer in John 17:21, “That all of them may be one, Father, just as you are in me and I am in you. May they also be in us so that the world may believe that you have sent me.” A unified church is the most credible witness to the world that Jesus is Lord. We have been asking God to unite the church of New Mexico across denominational lines and ethnic backgrounds. And Jesus has begun to answer that prayer.

Southern Baptist, Reformed, Presbyterian, Calvary Chapel, Pentecostal, Charismatic, Catholic, Messianic Jews, and non-denominational churches have come together in prayer to see God transform our state. We have laid aside our theological differences to exalt the name of Jesus Christ. We believe that only a united church can heal a divided nation. “I have been in Albuquerque for 38 years and I’ve never seen pastors come together for anything like this. It is changing the climate,” says New Mexico Ministry Network Pastor Micheal Dickenson.

It is our conviction that a praying church is also a compassionate church that serves the poor and neglected. Acts 1:14 reveals that the Early Church was devoted to prayer: “These all with one mind were continually devoting themselves to prayer.” Their lifestyle of prayer gave birth to generosity and compassion, as seen in Acts 2:44-45: “All the believers were together and had everything in common. They sold property and possessions to give to anyone who had need.” Both then and now, when God’s people pray, He gives us His heart for the poor.

New Mexico Prays churches are uniting to serve our communities and love them like they have never been loved before. On June 23, 2018, over 100 churches, non-profits, businesses, and government agencies partnered together to sponsor a Convoy of Hope outreach at the Albuquerque Convention Center. We gave away over $1 million worth of goods and services—including 80,000 pounds of groceries, 10,000 meals, 1,600 gardens in a bag, and 3,000 pairs of shoes. We partnered with Mayor Keller and Albuquerque Public Schools to feed over 2,000 needy families (8,000 people) this Thanksgiving. As in the days of the Moravians, prayer is moving us to mission and service.

On October 7, 2017, we launched America Prays to unite and equip 40,000 churches in prayer for a national spiritual awakening. This is a Jesus-centered, local-church based prayer movement that God is using to transform communities. Imagine what will happen when every city, county, and state in America is covered in worship-saturated prayer!

Are you encouraged by what is happening in New Mexico? I believe that Jesus can do even greater things in your city and your state as believers and churches heed the Scriptural command to “pray without ceasing” (1 Thess. 5:17). You can join the movement today and cover your community in 24/7 prayer at AmericaPrays.org.

Edwin Orr made this powerful observation, “No great spiritual awakening has begun anywhere in the world apart from united prayer.” It is my deeply held belief that a new Moravian 24/7 prayer movement will propel America into the greatest spiritual awakening and harvest of souls in our nation’s history. We can only win this battle for the soul of our nation on our knees. 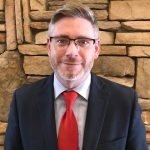 Brian Alarid is the President and CEO of America Prays and New Mexico Prays and the Founding Pastor of Passion Church in Albuquerque, New Mexico. You can write him at brian@americaprays.org or follow him on twitter: @BrianAlarid

Brian Alarid is the President and CEO of America Prays and World Prays. He is the Founding Pastor of Passion Church and has 25 years of experience in pastoral ministry and executive leadership. Brian has preached the Gospel and trained thousands of leaders in 17 nations through conferences, churches, crusades, prayer rallies, television, and radio. Brian leads a weekly Bible study for New Mexico State Senators and Representatives. He previously served as a Regional Manager for the Billy Graham Evangelistic Association. Brian has a Master’s degree in Organizational Leadership from Regent University, and a Bachelor’s degree in Theology. Brian has been married to Dr. Mercy Alarid for 21 years, and they reside in Albuquerque, New Mexico with their three children.